American Voters Are Not Stupid 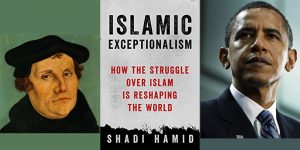 The American voter is not stupid, contrary to what many of my fellow liberals are posting on social media. The voters know that ISIS is Islamic, and that the two towers were destroyed by Muslim terrorists, and that terrorist acts in Nice, Nairobi, Paris, Baghdad, Orlando, Brussels, Kabul, Manchester, and London were directed by Islamic extremists. These voters turn to the right and hear our Republican President, Donald Trump, proposing responses that may be unconstitutional, and contrary to American principles of religious tolerance. But from the left, they only hear a deafening silence. As President Trump says with relish, leaders on the left won’t even say the phrase, “radical Islamic terrorism.” Given the choice between an ostrich with its head in the sand and the hawk that is willing to go to extremes, the Trump voter knows which one at least sees the problem.