“Not Orwell, but Kafka.” -Gerald Weaver

In What Book or Story Are We Now Living? 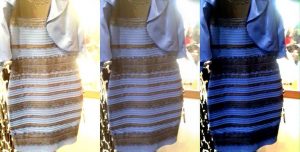 Not George Orwell, but Franz Kafka.

“President Trump does not appear to be cunningly forcing a planned agenda on the country. Rather, he appears to be something along the lines of an idiot savant of authoritarianism.”

“Certainly, a character that is a narcissistic brat, lost in the childish dream of himself . . .”

“We are incongruously dislocated and yet we go about our daily business, turning on the television and our computers, only to sigh and move on from one threat to the environment, to another attack on the free press, to another unfounded accusation, to a betrayal of our values and our place in the world, to attacks on those least able to withstand them, the poor, the elderly, and minorities. Yet, like Kafka’s country doctor, we go to work and do what is expected of us, all the while the nuclear codes are in the hands of an apparent third-grade playground bully.”