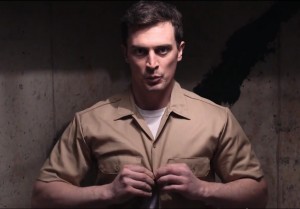 This is a scene from the third chapter of Gospel Prism.  Click on this chapter title: called “The Rabbi,” to learn from Christian himself how he came into prison, frightened and unable to sleep for three days and nights.  He was given protection from an unlikely source and for an interesting reason, one that had nothing to do with his education or experience, but was entirely due to his mother.  Christian tells the story of a meeting with the head of this prison’s mafia contingent, one which he had not planned nor sought.  His “introduction” came by surprise, from the tailor, of whom Christian says, “He probably knew by my insistence that I had not been lying about being half Sicilian.”

Then Christian tells of his mother’s  visit, and her reaction to the mafia chieftain is not what you might expect.

Later these new friends of Christian make a deal with an incarcerated rabbi, in a scenario not unlike the “Merchant of Venice.”