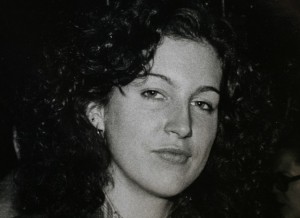 This is what she looked like when I first met Marie Colvin in 1975, when we were students at Yale University. We dated for some time then and after that. For a while we both worked in Washington, she at UPI and I on Capitol Hill. We stayed in touch over the years. In 2010 she told me: “Just write the damn book.” So, I began to write Gospel Prism and shared that work with her almost every day. She made broad editing suggestions and even took the first three chapters to Libya and later sent them to an agent. I sent her the finished manuscript in January, 2012. She died in a rocket attack in Syria on 22 February 2012. at Marie’s funeral, I found out from her sister, Cat, that on that fateful day Marie had that big manuscript with her in her small black knapsack with which she crawled through sewers and over barbed wire. Cat sent the manuscript to the agent in London. Gospel Prism is dedicated to her memory and twenty percent of the royalties will go to the Marie Colvin Memorial Fund.