The Foundation of the Prismers

Posted in: Behind the Book 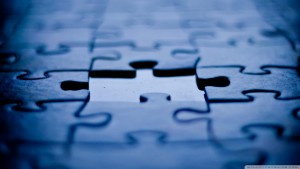 Christian, the skeptical hero of Gospel Prism, receives a midnight visitation from a beautiful mixed race messiah and she tasks him to discover the meaning of several puzzling codes in order to save his immortal soul and his investigation takes him on a spiritual quest.  The twelve stages of this adventurous journey bring Christian into an unpredictable variety of contacts with a mafia don, a famous journalist, a heroic hit man, his own wife, a worldly wise rabbi, a vengeful prison guard, an impish pyromaniac, the memory of his own mother, and the actual residents of Hell, among others.  He also learns that the story of his odyssey is already being read by the many and perhaps worshiped by the few, for whom it has become something along the lines of a secular bible.  His fateful final appointment with his nocturnal visitor looms at the end of the dozen chapters of his journey.

The reader embarks on this intriguing journey with Christian and he or she find herself engrossed in the exciting quest which goes to places very few ever get to see and many would never want to visit in person.  The reader too will try to extract the clues from each of these adventures and get to the bottom of the mysteries that Christian must solve in order to save himself.  The reader and the protagonist both will strive to detect the hidden clues from the adventure with young Fabrizio, who is himself on a different quest, one for love.  When a slightly bent rabbi enters negotiations with the local branch of the mafia, there are hidden signs that point the way to salvation, but they must be discovered and understood.  Another of the many clues to this spiritual mystery can be found in the vibrant relationship that the hero has with a beautiful reporter.

All of these clues fit together into a pattern that form a kind of liturgy around which some of Gospel Prism’s early readers have formed a sect.  In this alternative religious present, there are others who are the enemies of these beliefs.  Christian must contend with each.  All of this is rich food for thought and the reader may consider whether or not he or she fits into either cult. And yet others are re-writing the book, even as it is being read.  It is a very fluid and often humorous situation, blurring the lines between faith and the written word and questioning whether or not this is always what has happened.

Readers of all religions can all follow this smart thriller to its end and determine if they can discern the elements of its mystery and see the ways in which those lessons might apply to what we all may feel about faith and about the significance of the written word.  There is something for every reader in this detective story.