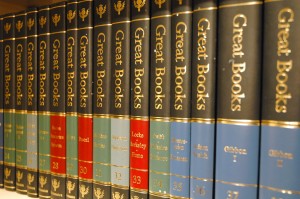 The first chapter of Gospel Prism opens with the unusual friendship between a crusading evangelist and his droll assistant who has joined this quest for personal reasons. This is a conscious nod to Miguel de Cervantes and Don Quixote, which I think casts a long shadow over every writer who seeks to pen a novel. I also believe it may be the first and the best novel. It is humorous, poignant, self-aware and multi-layered. I could not have begun Gospel Prism in any other way and I have tried throughout the novel to make note of some of the many tones of Cervantes’ great work. I hope these qualities carry into the second chapter in which Christian, the protagonist, is visited by the beautiful mixed race messiah whose axioms may seem to similar to those found in the Essays of Michel de Montaigne. In each chapter the pace and language and settings are very much in tune with a detective story that takes place in a modern prison. But the subtext of the third chapter, when Christian is witness to a shady negotiation between the mafia and the prison rabbi, remains in the era of Montaigne and Cervantes and has echoes of William Shakespeare’s Merchant of Venice. These three great works are not obviously evident in the stark prison setting and contemporary characterizations that are at the start of Gospel Prism, but they have strongly influenced my writing and will perhaps be apparent to some readers.

Lurking above, behind, and between the lines of the remainder of the novel are some of the other works and writers that have not only influenced my writing but have helped to shape my world view and my life. This perhaps is part of the point, that reading great books can help to make one more thoughtful, in much the same way that the education they can provide seems to arm Christian for the ordeal of surviving prison. His experiences are not unlike those that have occurred in the works of Dante Alighieri, Walt Whitman, Leo Tolstoy, Franz Kafka, Molière, Marcel Proust or Henrik Ibsen. These are authors I have re-read several times over the decades of my adult life and even though Christian’s journey is through a modern prison in the United States, the works of these authors are never far from my mind as I write. I also am aware that this literary referential format was made famous by Jorge Luis Borges, who himself once penned a fictitious critique of an imaginary French Don Quixote. So Gospel Prism ends with a nod to Borges. Perhaps another Borgesian element runs through the novel, essentially noting that books on occasion have spawned faiths, and looks at that phenomenon from several different angles, maybe asking if it is not impossible to have faith in great literature. Finally, Borges once said that “all reading is really re-writing,” which may encapsulate Gospel Prism better than any statement.