Posted in: Why I Write 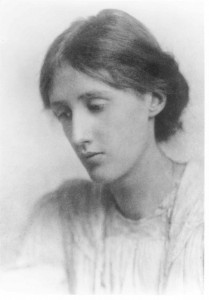 My desire to write springs from my love of reading and from the desire to share that profound affection. The New York Times once said of Virginia Woolf’s, The Common Reader, that it was not the volume of collected essays and reviews that it purported to be but that it tirelessly and creatively sought to recreate from the bulk of literature that she had been studying. I have found this equally to be true of her novel, Orlando, which begins with the expression of her debt to Daniel Defoe, Emily Brontë, and Laurence Stern among others, and then progresses through the major eras of English literature. Her Orlando, the character, was a nobleman afflicted with a love of literature. And Woolf required A Room of One’s Own for reading as much as for writing, or more so. Orlando goes so far as to say “a silly song by Shakespeare has done more for the poor and the wicked than all the preachers and philosophers in the world.“ Woolf’s irony may disarm any claims against such a bold statement but she intends a certain amount of sincerity. And I have always agreed with that. There is a great deal of useful good in reading Shakespeare and other challenging literature.

There is a passage in Gospel Prism in which the protagonist, Christian, is able to withstand a potentially and explosively dangerous situation because he understands the poetry of Walt Whitman even if he may not have ever read Leaves of Grass. He also is able to assert an understanding of Shakespeare in the way he casts his own role in the prison workforce. There are other numerous instances in Gospel Prism of this phenomenon, but it is important to note that reading great works, and reading in general, do not bring wisdom to an individual from the outside. The Turkish writer, Muharrem Erbay has written, “As I read in prison I became myself.” Ralph Waldo Emerson said that one of the hallmarks of literary genius is that the reader realizes that the she has always already known what she just learned from reading. I believe that reading and particularly challenging reading helps the reader to understand herself better. I write with an indirect intent, one that is not so ambitious. It is the hope that my writing will turn the reader toward the more difficult pleasures of reading the great works that Virginia Woolf and others so clearly love.   If one reader of Gospel Prism puts it down and then seeks out one of the works that it refers to, it will serve the purpose of why I write.