Gospel Prism - The Book That Marie Colvin Was Reading in Homs 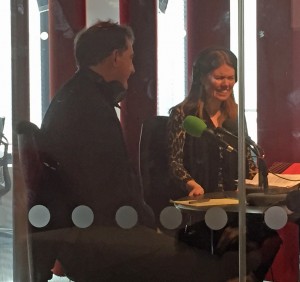 Listen here to the BBC Newsday interview of Gospel Prism author, Gerald Weaver.  Nuala McGovern questions Gerald Weaver about how he first met world famous war correspondent for The Sunday Times, Marie Colvin, and what was the nature of their relationship and friendship.  They also discuss the ways in which Marie Colvin was closely involved in all aspects of Gospel Prism, from helping him to generate the ideas behind the novel, to being his muse, his coach, his editor and also finding him an agent.  Learn what she was like when he met her, and hear the touching story of how the original manuscript of Gospel Prism was discovered, after she had taken it with her on her final assignment.

More than 3 years ago Marie Colvin, the Sunday Times war correspondent, was killed while covering the Syrian war in Homs. After her remains were repatriated it turned out that she was carrying a 387-page manuscript in her bag. It was of a book called Gospel Prism by Gerald Weaver, who was a close friend of hers for over 40 years. He credits Marie with making the book happen. Gerald Weaver has been speaking to Nuala Mcgovern.