Patriarchy, Equality, or Women in Charge?

It is coming. Rest assured. Be nice 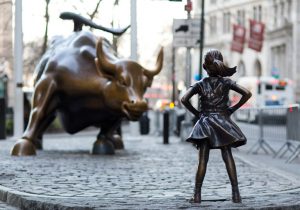 Read it all at the Medium News.

Robert Sapolsky reported an interesting study of our primate cousins, the baboons, in 1990, in Scientific American. Apparently, the alpha male baboons died off in a troop in which the hierarchy was typically fiercely enforced. In fact, it happened because they only allowed themselves to feed at what turned out to be a tainted garbage dump. The result was the surviving females and the non-dominant males developed a cooperative system that was far less violent and hierarchical. The report does not mention whether these males no longer felt they needed to drive fancy cars or throw around a lot of money in order to attract the females, but the mating became more general and no longer only the province of the alpha males. Dr. Susan Block, in her book, The Bonobo Way, refers to these newly empowered non-dominant baboon males as the “nice guys,” meaning it was no longer the case that nice guys finished last.