The Setting of Gospel Prism

Posted in: Setting of the Novel 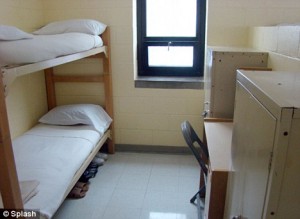 Gospel Prism is set around and in a men’s minimum-security prison in London, Kentucky, which lies along the edge of the Appalachian Mountains of the United States. The Appalachian Mountains stand like no other place on the North American continent, as some middle ground in the spiritual geography of the land mass. They are not as hospitable as the rolling fields of the Great Plains or the cozy valleys and coves and hills of the eastern, southern or far western part of the continent. In other words, they are not easy or close as is waking life. And they are not as difficult or as demanding, or as forbidding of large settlement, as are the deserts and stark mountain promontories of the greater western part of the land. So, they are not as other or as foreign as the true subconscious. They are more like a halfway point, like a dream. These mountains are not only a setting for the novel; they are in an important way one of the characters.

A minimum-security prison is still a prison, even though it is not nearly as brutal or as dehumanizing as even a medium-security prison can be. The inmates live in a cell and they are restricted to the prison and live among hundreds of other men, some of whom have been convicted of violent crimes and are only in the minimum-security prison to serve the tail end of much longer sentences that were begun in maximum or medium-security prisons. White-collar criminals serving two-year sentences are housed among members of drug cartels, biker gangs, the mafia, and others who are ending much longer sentences. The looser restrictions of a minimum-security prison are largely adhered to by the armed robbers, murderers and extortionists who are serving the end of their longer sentences because there is a light at the end of their long tunnels and there is much more to lose, once one is so close to release. It is still a place where numbers of men are tightly confined by a rough and unforgiving authority and are rigidly restricted and where they are kept without women, real work, or freedom from associating with those they would normally avoid.